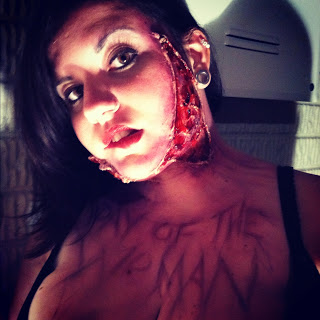 At age 18, Brittney-Jade Colangelo hit the ground running with Day Of The Woman, a blog that took a look at “the feminine side of fear”. It was raw, honest and gave no shits about your finer sensitivities. Most importantly, she was a a strong and unapologetic feminist who spoke her mind freely and with razor-keen intelligence. The writing,  academic yet accessible. The world-view open and analytical, never one to take a side blindly.

Since that time, she has  retired DOTW  (which is still up and running in the archival sense) and has since been plying her trade online with Blumhouse, Playboy and – most recently – Birth Movies Death.

Did I mention she’s making movies? Right…she’s also making movies!
Sickening Pictures, the production company started by her and partner Zach Shildwachter, has already amassed an impressive list of horror shorts under their banner, with their most recent – LOVE IS DEAD – making the rounds on the festival circuit.
So I’m just going to come out and say it: she’s one of my heroes. She made me want to do this kind of writing on a more-regular basis. She was also, fittingly, my very first interview subject for Rue Morgue Magazine.

1) A lot has changed in the blogosphere since you first hit the keyboards for Day Of The Woman. What do you think are the most notable changes found in the world of online critique and journalism?

Day of the Woman started in 2009 when I was only 18 years old. Saying that out loud feels incredibly foreign, and in the age of the internet, this is a lifetime away. That was pre-twitter, that was when Myspace was still hanging on by a thread. 2009 was around the time that the internet was really starting to EXPLODE and accessibility and connection speeds were at an all time high, so we were flooded with tons of sites and blogs popping up every day. Since then, most of the casual hobby sites have gone the way of the dodo. Sure, the market is still heavily saturated, but the ones that exist seem to hold themselves to a higher standard. People can’t get away with being assholes for the sake of being assholes anymore about a film, and because audiences have so many outlets to chose from, it forces writers to really step up their game and provide quality content or risk losing their readership. It’s still got a way to go, but I’m a much bigger fan of the “blogosphere” in 2016 than I was in 2009.

2) Often, you have come under attack for your views, most notably by those with and ax to grind against feminism. Has this changed for you since moving into other “respectable brand” venues (Blumhouse, Playboy, etc.)

My views haven’t changed, if anything, they’ve just gotten stronger and more refined. Writing about feminism as an 18 year old is ridiculously more different than writing about feminism as a 26 year old. I stride to incorporate intersectionality in my analyses of cinema and writing for more “respectable” sites rather than just an independently run website has encouraged me to do as much research as possible into my articles. I’m speaking on a much bigger soapbox these days, and it’s vital that I keep myself as educated and up to date as possible. It’s not about my “personal opinions” anymore, it’s a means to start a conversation with the masses through an entertaining medium.

3) How do you think your worldview has changed from the time you started DOTW to now?

I’ve done a lot of maturing since starting Day of the Woman, but I think this has a lot to do with growing older. Unlike a lot of my comrades, my growth and development from a high school senior to a functioning adult member of society is documented and on display for the world to see. I’m embarrassed by some of the things I’ve said years ago, as I’m sure everyone can relate to, but I see it as a physical representation of how I’ve grown as a person. I like to think I’m a bit kinder but stronger in my stance. I’ve gained a lot of confidence since finishing college, and I hope that shows in my writing.

4) Tell me a bit about your recent forays into indie film productions. The highs, the lows? Is there money to be made, or is it a “love of the game” sort of deal?

I’d love to one day say that I’m making money on indie film productions, but for the time being, it’s a labor of love. I see it as the ultimate education experience. Who am I to rate and review a film without ever having endured the filmmaking process? I have gained a better perspective and respect for cinema now that I’ve dabbled in making it both in front of and behind the camera. I love the creative process of making a film, the only trouble is trying to get the finished product in front of an audience that has more media at their fingertips than any other time in history. 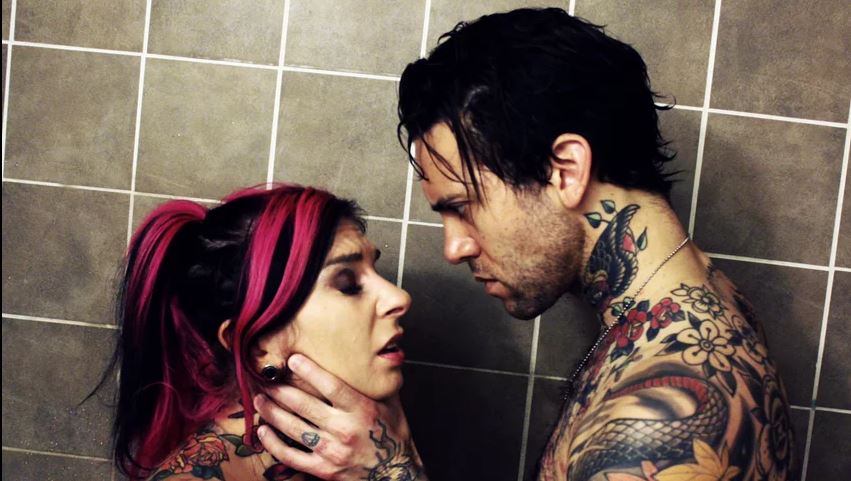 5) With Day Of The Woman, you established yourself as one of the trailblazers for this kind of online journalism/critique. Where would you like to see things go, and what advice do you have for anyone looking to follow this path?

I’d love for click-bait to die in a fiery blaze and for audiences to crave well-researched and well thought out stories. I’m a fan of top 10 lists like everyone else, but instead of telling me what to watch, I’d love to know WHY to watch. For those looking to follow this path, write what you love and because you love it. Period. 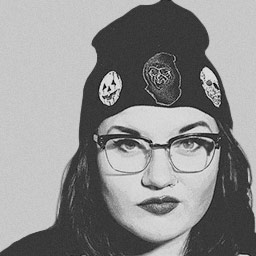 And be sure to follow her forays into film-making  on Facebook and Vimeo, while you’re at it.